One thing we love about our members is that they care for PUSH511 like it’s their own. Especially in the age of COVID, members can often be found wiping their sweat angels from the floor, disinfecting equipment, and sweeping up chalk after workouts.

So, it came as a shock to the PUSH community when the following surprise was found in the Beast Cave one Thursday morning:

And so #poopgate began. Questions started flying: Who was in the Beast Cave with their dog when the crime would have happened? What was with the scatter plot crime scene? Was it even dog poop? We really hoped so: 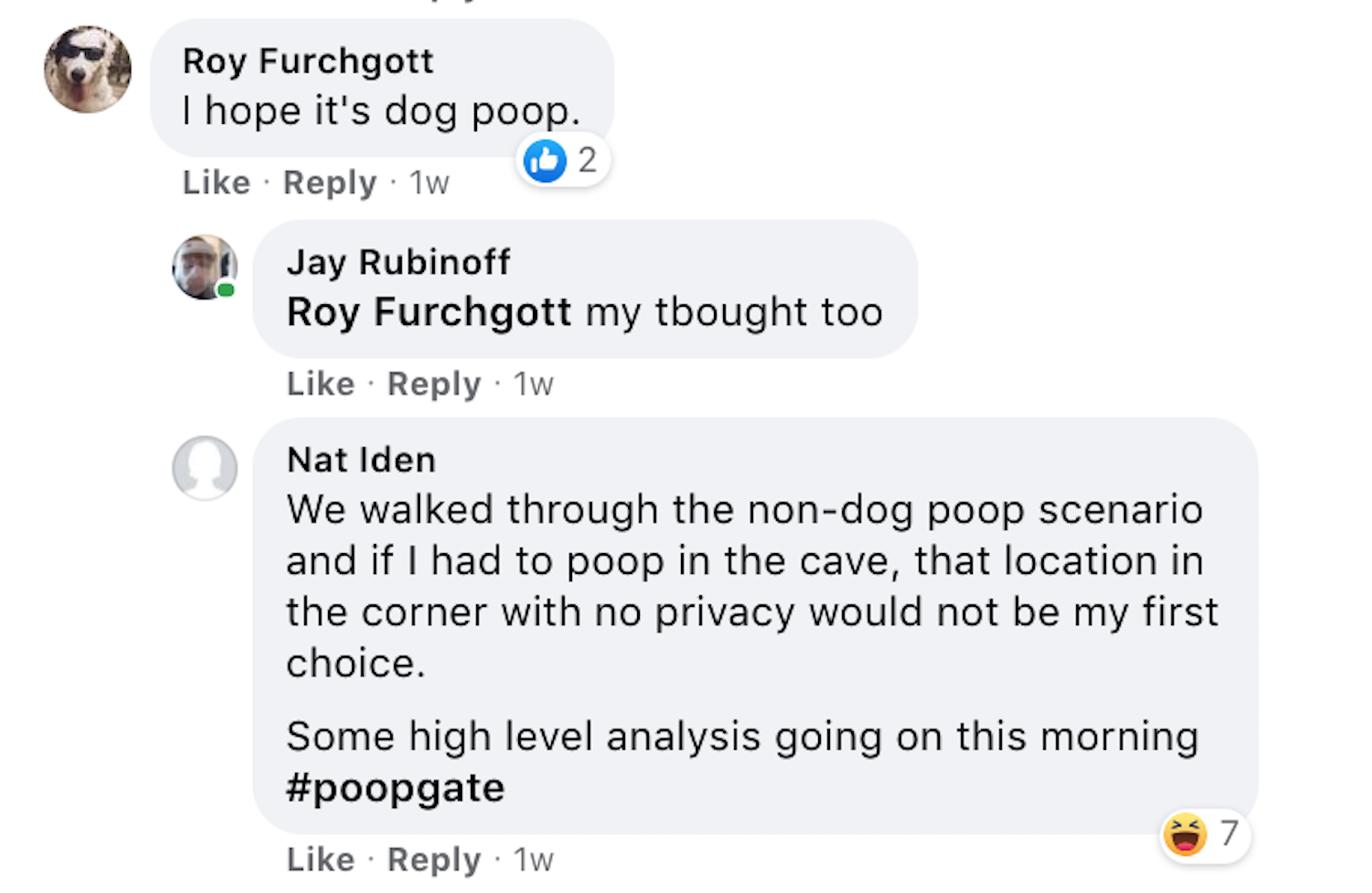 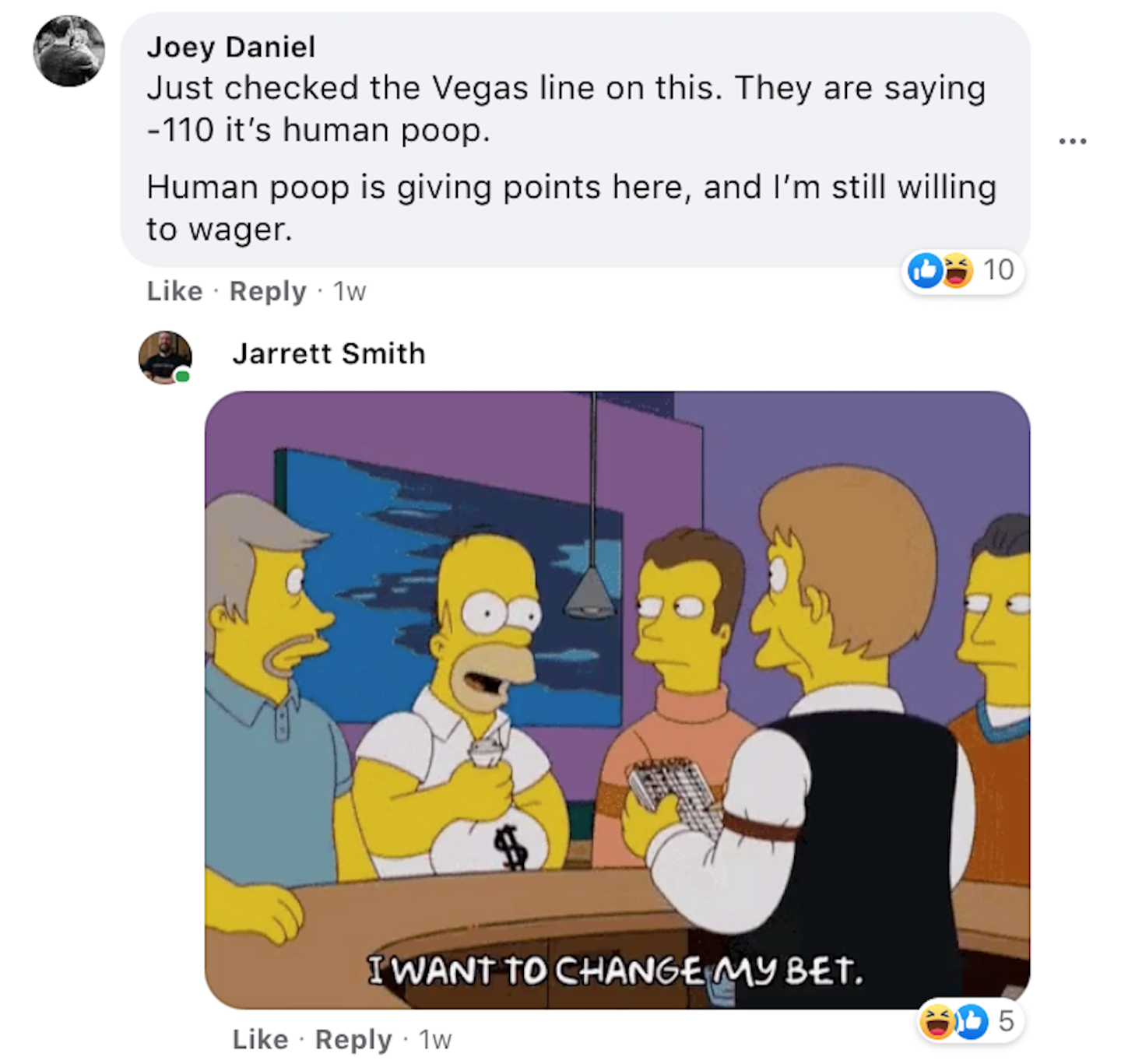 Rewards were offered for information: 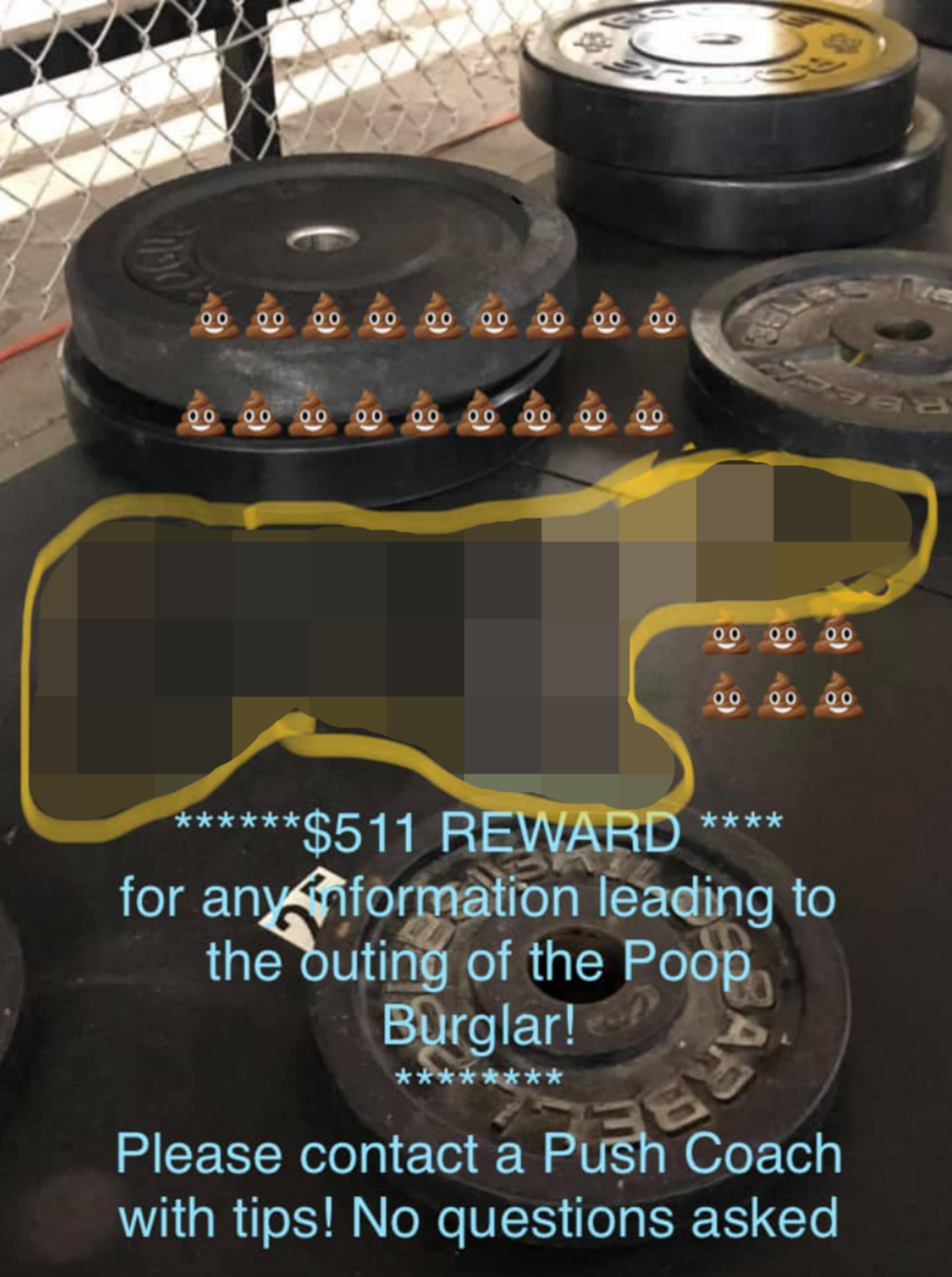 Theories started developing about whether the canine culprit even belonged to a PUSH member, or if it was someone not associated with the gym playing a mean prank:

Based on the size of the evidence left behind, some concluded that the offender had to be a larger dog. Owners of larger PUSH pups came to their pets’ defenses: 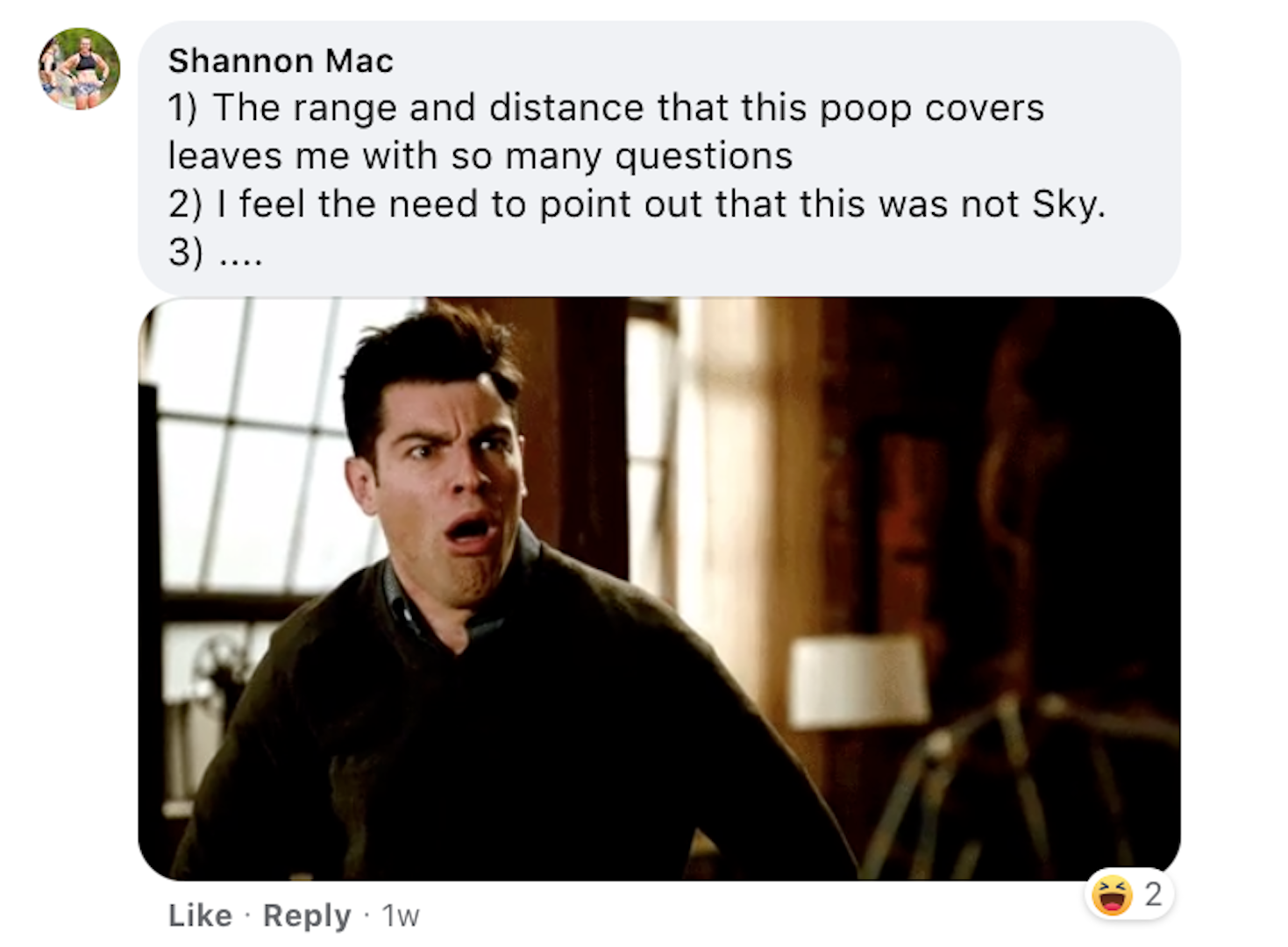 PUSH members who don’t own dogs took the opportunity to flaunt their innocence:

Others came solely for the poop puns: 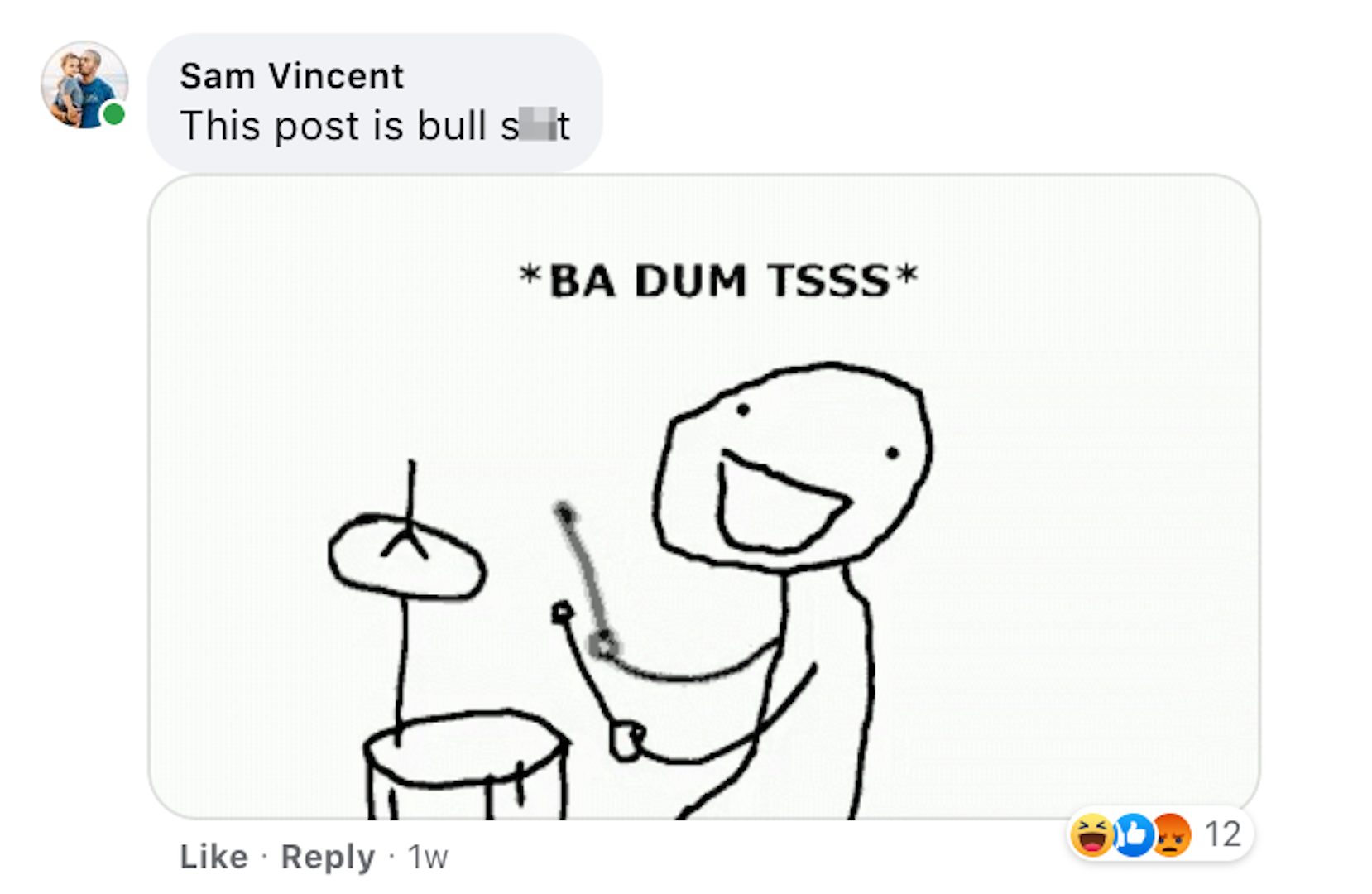 Finally, answers started floating to the surface. It turns out that the stealthy culprit who left these giant landmines was none other than Harper, a 19-pound French Bulldog belonging to PUSH member, Matt: 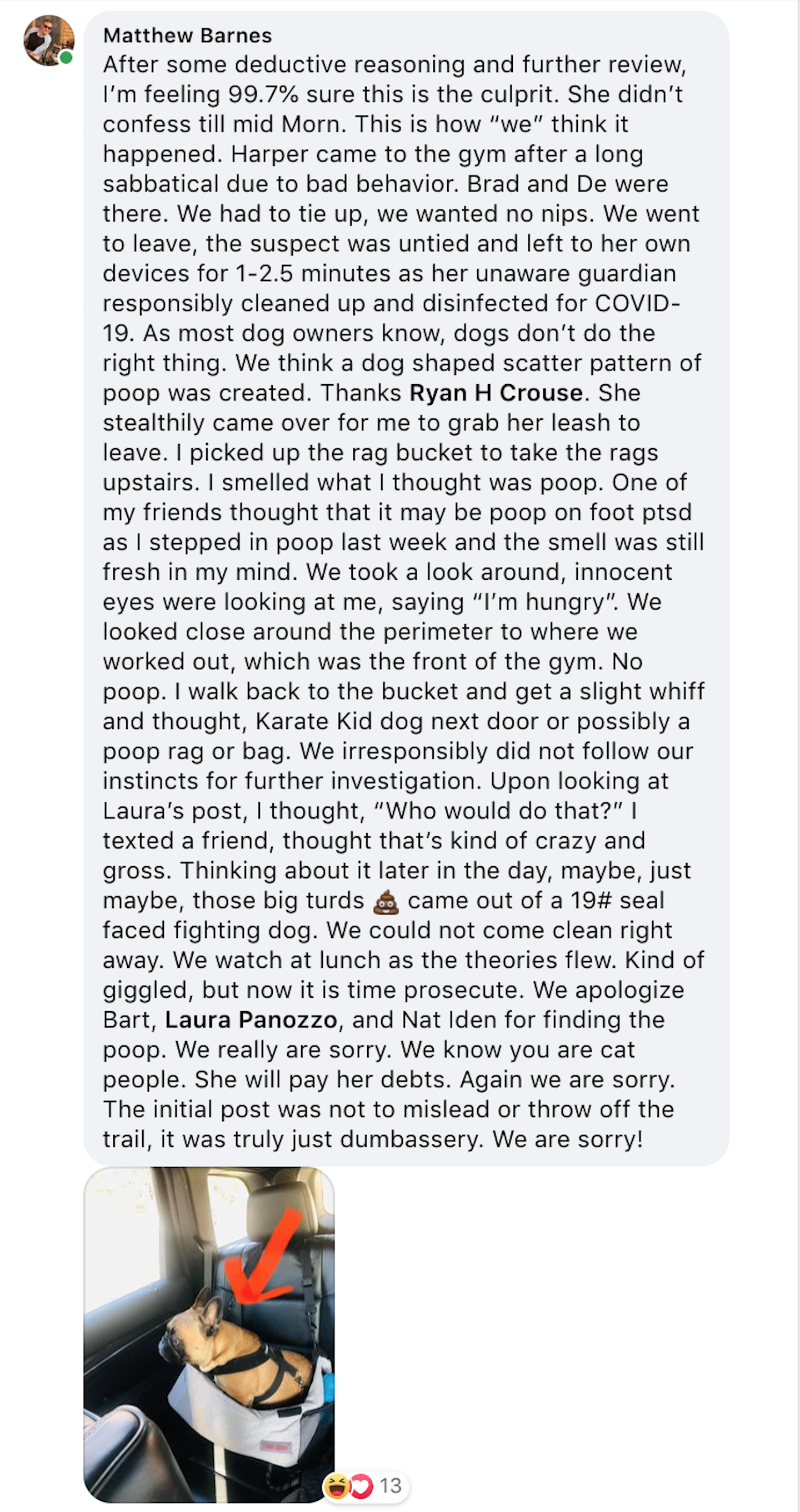 Instead of asking how Harper snuck this offense by Matt, members demanded to know how such a small creature created such a giant crime:

Everyone, however, was grateful for the levity that this thriller offered them amongst COVID anxiety, work, and the stress of daily life: 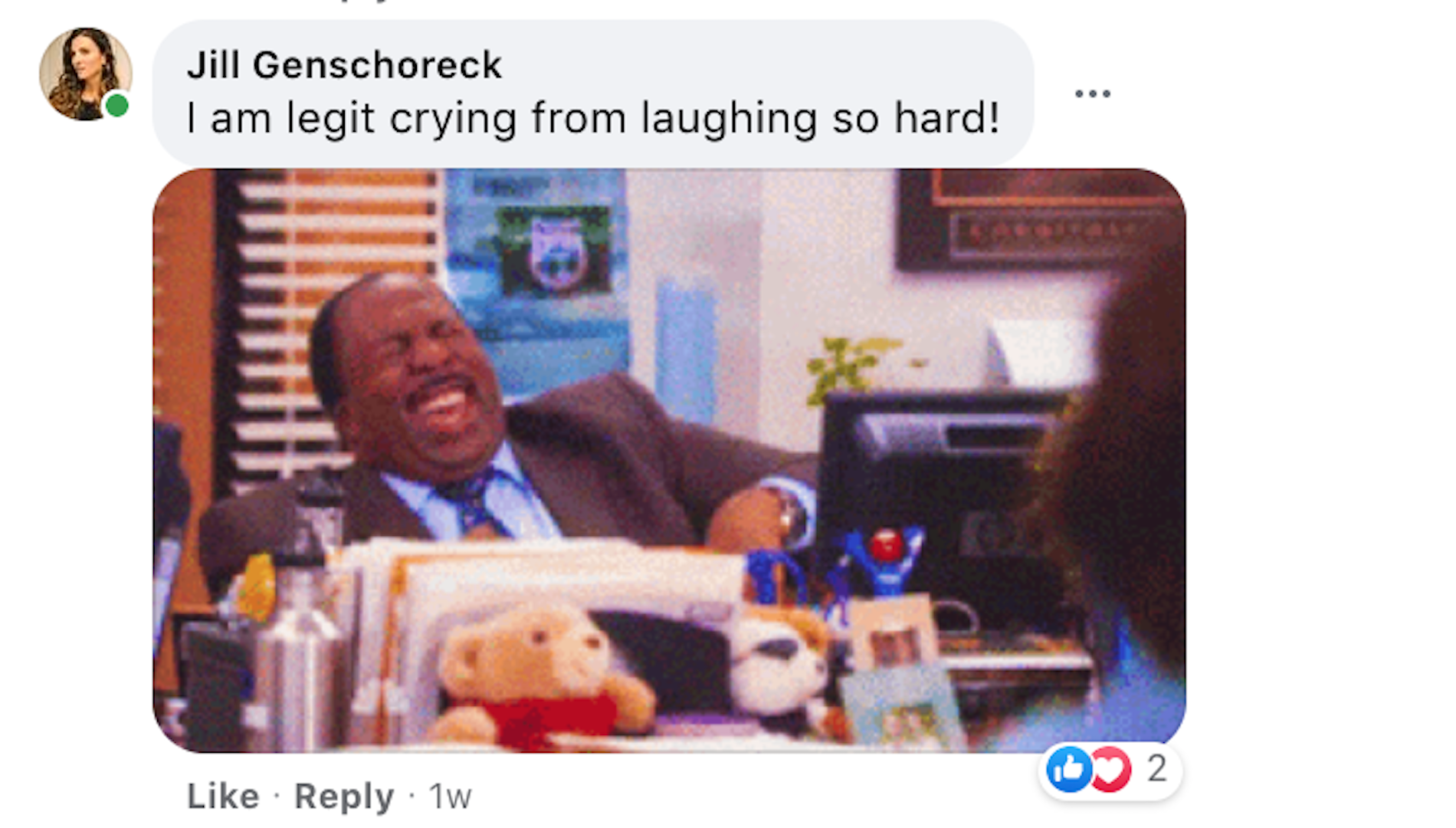 In honor of #poopgate, we celebrate two CrossFit members of the month: Matt Barnes and Harper the Frenchie. Thank you for the laughs, conspiracy theories, and poop puns that brightened PUSH members’ weeks! 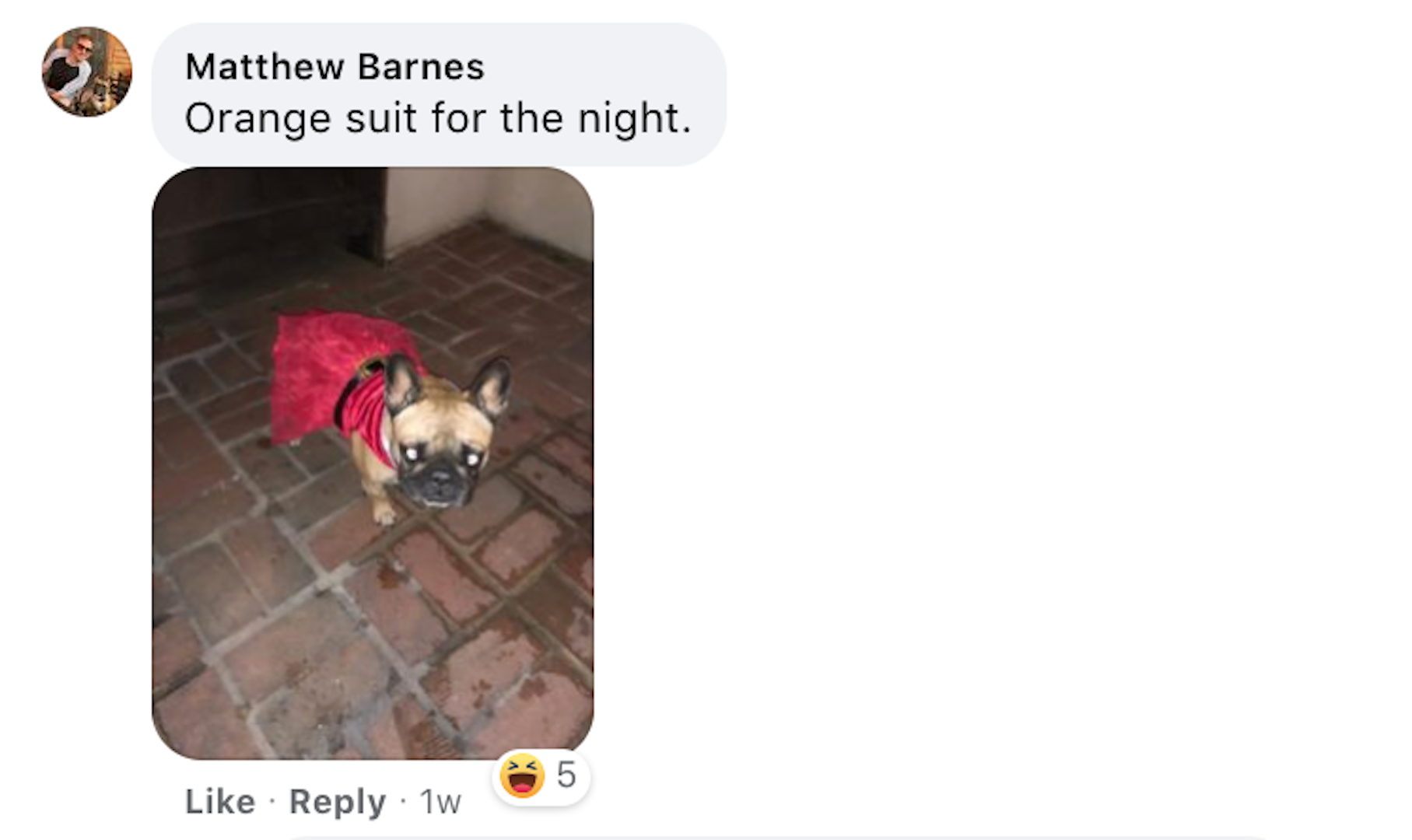 October 2019 Member of the Month

August 2019 Member of the Month

What is Your (Coaches) Why?

Part 1 - A Passion For Coaching